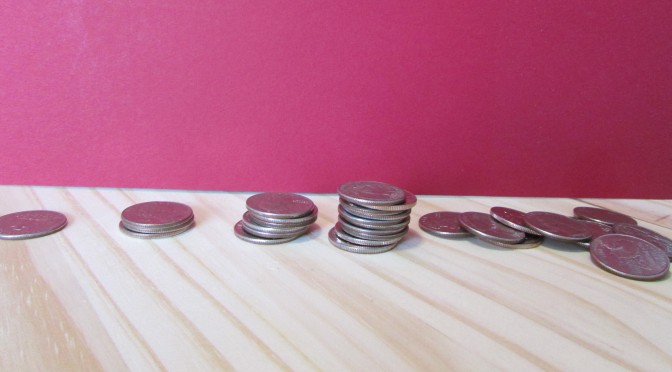 The Bible gives us a metaphor about those folks, those confounded ten-talent people. You know them!

Jesus tells a metaphor about using money expressed in talents, which has turned into a metaphor for the fact that we have varieties and numbers of gifts, that is talents as we use the word today. The parable tells us that some people have ten talents. You know them!

My sympathies are with the timid one-talent guy who comes off so badly in the parable. (Matthew 25:14–30, in case you want to look it up.)

Bill Bailey is a favorite of ours on British television, excepting that fact that he has many talents. Some of you may know him as Manny, the flaky assistant in the wacky Black Books. As well as an actor, he is also a stand-up comic, a writer of comedy, and deeply gifted in music, skilled at improvisation in music and in comedy. We know him for QI and others of the many British TV panel comedy shows. We love him especially for his part in Walks with My Dogs, a show in which various British celebrities walk famous trails around Britain with their dogs. The show is laid back, slow-paced, calming. Bailey’s unassuming manner is perfect. He rescues dogs. Of course, he does. He is also a sort of PDQ Bach comedian, working with orchestras, for one thing with his Odd Guide to the Orchestra. His piece about bassoons is hilarious.

Here he is doing a send-up of Tom Waits. https://www.youtube.com/watch?v=RztSrL4utdg

Forty years ago I had a student who was a true ten-talent person. You could count them. Despite her modest and warm manner (people skills was one of talents), she aggravated her friends to no end for it, especially since she found the talents a burden at 16-18 years of age. I would like to tell you her name, such a delightfully Norwegian name. But I will not.

A few Babooners have more than one talent, a couple at least approaching the metaphoric ten number. I, for one, am a wannabe. I am certain that most Babooners move in circles that include a ten-talent person or two. Oh, yes, you know them!

Tell us about ten-talent people you know and how well they have managed them.

Do your multiple talents distract you?