Last weekend was a real scramble dealing with all the garden produce that chose to ripen at the same time. We made our tried and true Minestrone ala Milanese recipe from Anna Thomas’ Vegitarian Epicure. It makes twelve or more servings, and I thought what a good thing to have on hand if a Congress of Baboons showed up at the door!

That really got me imagining how I would go about feeding a mixed bunch of vegetarians and omnivores at the same time. I think it could be quite fun. I haven’t settled on a menu yet, but it is fun to think about.

What would you serve at a dinner party for twelve people of differing food preferences? 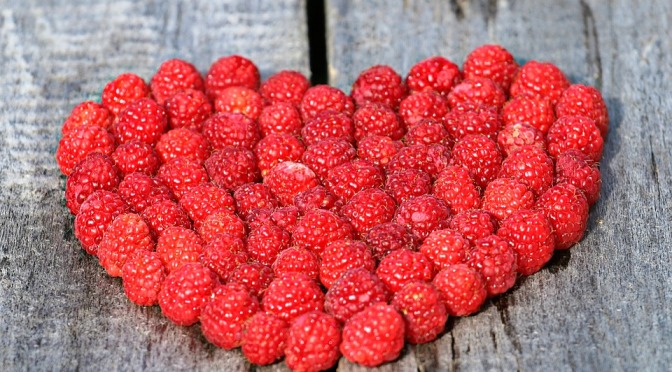 I’ve been picking raspberries every afternoon for the past week.  About a cup each time; the first day they hardly made it into the house.  Now I have a few in the freezer and few in the fridge.  Whipped some cream yesterday.  Yum-O!   Picking raspberries always makes me think about my baboon community.  I’ve told the story before of how Linda brought me two raspberry canes on the day we gathered at PJs to help out with her spring gardening while she was recuperating.  I had always thought having raspberries would be fun, but left on my own, I doubt I would have ever done anything about it without Linda’s encouragement.  The canes have now taken over the south garden with vigor and we really enjoy the berries.

Last week when I ran Dale’s initial Trail offering, I ran his question… but the question I really wanted to ask was:

What fond memories to you have of our ten years on the Trail?

Husband said last night that he hadn’t heard any good jokes lately.  I challenge the Trail Baboons to tell jokes this weekend.  Take it away!!

Tell some jokes, funny stories, and tales about good tricks. How does humor help you? 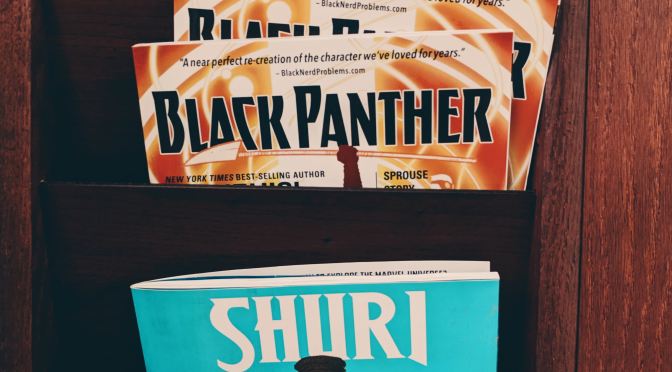 It dawned on me last week that the transition of our local newspaper to a weekly format means that we won’t have daily comics anymore. I can access comics online, but it just isn’t the same as holding it in one’s hand in a paper format.

I started to subscribe to the New Yorker magazine when I was in Grade 7, mainly for the cartoons. It didn’t take long for me to take notice the articles, but those cartoons were wonderful. These days my favorite comic strips are Retail (which is ending next week), Luann, and Zits. I also like reading For Better Or Worse. The creator of that comic strip produced it while she  lived in one of the farthest north communities in northern Manitoba where her husband was a dentist. Calvin and Hobbes is also a treasure.

What is your favorite  comic strip or cartoonist? What is it about comics and cartoons that is so appealing?

Enough about me. Anything good on your grateful list this year?

A few years ago, back when a librarian needed to check out your books for you, the older red-haired librarian at the desk (Anna would know her name) said “My, you have a wide set of topics here.” I don’t remember what I was checking out, but I do read across a fairly wide swath.  Science fiction, fiction, mystery, a variety of science, biography, history, philosophy, fantasy, kid lit, thrillers.  About the only thing I don’t read is romance if I can help it.

It was about that time that I started keeping track of how I got the idea to read a particular book. I have several categories for this – my book clubs, BookPage from the library, Writer’s Almanac, my various “lists” (English Monarchs, Presidents, Newbury & Caldecott winners, etc.) and the Trail. By far the biggest category is O&A (Out & About), a catch-all for everything else.

I’m pretty good at remembering where I find a title that I want to read, but every now and then I am surprised when I go to my hold shelf in the library. I knew from looking at my online account that there was an InterLibrary Loan titled Meetings with Remarkable Trees waiting for me.  It had the sound of poetry and many of the poetry books I look for end up coming from other libraries: I assumed it was poetry.  So imagine my surprise it’s a lovely photo book with essays about specific trees.  It’s fascinating but I’m not sure where the idea came from?  It’s not exactly the kind of thing that you find in the mainstream.

So I’ve decided it must be something that was recommended to me on the Trail. It’s about nature, so it might be Clyde (he is usually my go-to for travel books, but it seems like something he might like).  But it has absolutely lovely nature photos, so it might be the kind of thing recommended by Steve or Cynthia or BiR.  It’s a little off the beaten path, which has Bill written all over it.  The author is originally from Ireland, which means that it might have been recommended by PJ, who has a broader range of non-American authors.  I’ve haven’t gone back to the Trail and done a search: for now it’s a nice little mystery.

Do you do well at taking advice? Or do you prefer to GIVE advice?

Today’s post is Part Two from Barbara in Rivertown

Today we have a pictorial history to go with Tuesday’s written one. Thanks to all baboons who sent me photos – I’ve used only those that have two or more baboons in them.

There have been a number of events that didn’t get photographed: PJ organized a Guthrie outing for, was it? H.M.S. Pinafore? There have been game nights at tim’s, a painting party at Steve’s before he moved, Pi Day at Sherrilee’s.

and a few went south to Donna’s cabin at Spirit Lake, IA – but no photo!

There have also been sad times… not only the ending of The Late Great Morning Show, but also the memorial after

What’s been your favorite Baboon gathering or outing? What/who got left out here? (I’m sure I’ve left out some baboons…)

What field trip shall we do next??

This is Part 1 of a two part trip down memory lane from Barbara in River Town.

We’ve been blogging here for (are you ready?) 10 years. For anyone new to the Trail, this group started when we were still listening to a beloved (Minnesota Public Radio) Morning Show that aired from 6 – 9 a.m. in the 80s, 90s and aughts (2000s). It was an eclectic music extravaganza peppered with cleaver (see Glossary above) ads, zany characters and radio plays put together by Dale Connelly (a master of parody and verse) and Jim Ed Pool (aka Tom Keith, the super sound effects guy for Garrison Keillor’s Prairie Home Companion). When Jim Ed retired at end of 2008, Dale stayed on, and the program morphed into an online streaming station called Radio Heartland https://www.thecurrent.org/heartland/ . Dale also created a blog in early 2009 called the Trial Balloon, in which he’d write an introductory piece about anything under the sun, talk about it on the radio, and ask a question at the end to get an online conversation going.

The Baboons rose to the challenge, and kept the blog going with a wide-ranging collection of guest posts for the next 18 months or so, with Dale chiming in from time to time with a post. In early 2017, Dale “cut the umbilical cord”, and we got our own url: www.trailbaboon.com/ , with Verily Sherrilee and Renee in North Dakota taking the reins of the blog, on alternating months. (This statement doesn’t begin to cover the work and commitment involved – I don’t even know how to describe it – and how grateful we are that they’ve taken this on.) Other baboons provide guest posts that we send to them by email (though not as often as we should).

At some point early on, we started also gathering in the space-and-time realm… I believe the first book club meeting was in June of 2010. (Go to above left under Blogroll: Blevens’ Book Club – there are even minutes to the first meetings!) And we started doing “field trips” – anyone know what year the Russian Art Museum trip was?

Over the years various baboons have come and gone, and occasionally come back – life happens, and some months or years work better for blogging than others. A core group of us are still here, several of whom have been posting and commenting almost from the beginning. Old-timers check in occasionally, and we love it when they do. We’ve found we just enjoy connecting most mornings (and sometimes late in the evening) in this mysterious place in cyberspace, to exchange thoughts, experiences, recipes, songs, book/movie recommendations, health info, travel or garden tips, musings on the English language…

What’s the strangest group you’ve ever hung out with? (…besides this one)

Two years ago this month we hit 5,000 followers on the Trail. So I thought I do some stat updates:

Nothing earthshaking, I just thought this was all very interesting.

Anybody have a question to go with our stats?

The sun was thinking about poking out of the clouds as tim and I drove down to the Central Park Coffee Shop in Owatonna for the launch of Straight River by our own Chris in Owatonna.  There was a nice crowd to welcome Chris’ new book, which is a “prequel” (is that truly a real word?) to his first book Castle Danger. Chris read a chapter from the book and also introduced the head of his local Big Brother/Big Sister organization.  A portion of Chris’ proceeds goes to support BB/BS, a group he has volunteered with for years.

It’s been three years of hard work for Chris, re-working, editing, sending the book to beta readers, re-working some more and editing some more. It was a nice launch for the book (cookies and lemonade too) and I’m looking forward to reading it.  Maybe this summer it can be one of our Blevin’s Book Club titles.  (It’s available already on Amazon in kindle format and Chris has links on his website to other ways to purchase it.)

Congratulations Chris – hope the third book in the trilogy comes a little easier!