This was one of the poems last week on Writer’s Almanac.

The Cross of Snow

In the long, sleepless watches of the night,
A gentle face—the face of one long dead—
Looks at me from the wall, where round its head
The night-lamp casts a halo of pale light.
Here in this room she died; and soul more white
Never through martyrdom of fire was led
To its repose; nor can in books be read
The legend of a life more benedight.
There is a mountain in the distant West
That, sun-defying, in its deep ravines
Displays a cross of snow upon its side.
Such is the cross I wear upon my breast
These eighteen years, through all the changing scenes
And seasons, changeless since the day she died.

Although I’ve never been a huge Longellow fan, I had been thinking of Rhiannon right before I clicked on the site, so this poem really spoke to me.

Of course, I had to look up “benedight” (it means blessed) and that led me down a rabbit hole where I eventually found this spoken version on YouTube.

The poem is read by Jean Aked, but I found it a little off, partly because it’s a woman’s voice narrating a poem from the point of view of an older man, but also because of her English accent; Longfellow was such a quintessential American poet.

Several years ago I might not have really noticed this, but listening to lots of audiobook has made me a bit of a voice “connoisseur”.  There are quite a few book narrators whose voices I recognize when I hear them and I have favorites: Simon Vance, Robert Bathurst, Jayne Entwhistle.  I usually like it when authors narrate their own books (like Bill Bryson) because they bring a special nuance to their own material.  Occasionally I don’t like a narrator at all, which can actually sour an audio book for me.  One of the most prolific audio book narrators is George Guidall.  Unfortunately, the very first audio book that I heard him narrate was something I just couldn’t stand.  So even after several years, every time I hear his voice it takes me right back to that dreadful book and I have to really concentrate to get past my negative feelings.  But he is a very good narrator so I continue to try to get past this.

All this leads me back to the Longfellow poem.  I’ve heard two narrators read it now and I think I’ll stick with the Garrison Keillor version!

It’s the story of your life.  Who would you like to narrate it?

Today I had my quarterly performance evaluation.  It went fine.  I want to improve my competence in writing treatment plans incorporating  language specific to Psychosocial Rehabilitation,  a new emphasis in our State Human Services Department. I continue  to work on it.

Our current Republican  governor thought it a great idea to have all  State employees evaluate themselves every three months and set quarterly goals. Well, that can probably work for me and many  other State employees.  I wonder,  though, how the snow plow operators set quarterly goals?  I suppose in the off season they are mowing ditches and filling pot holes. How do you quantify improvements on snow removal? What a nuisance for them, though!

What goals would you suggest snow plow operators strive toward?  Tell about your work evaluations. 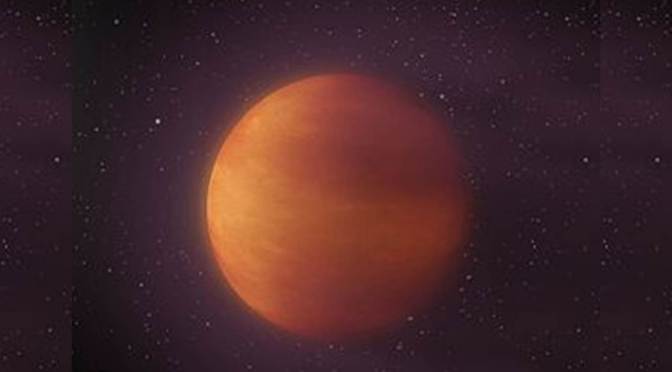 KELT 9-B seems an innocuous-enough name for an exoplanet. It was discovered in 2017 and is apparently an “ultra-hot Jupiter” – huge gas giants hotter than anything in our solar system.  In fact, some of the new data coming in suggests that it is three times larger than our Jupiter and approximately  7,800 degrees Fahrenheit on its surface.  So hot in fact, that hydrogen atoms are shredded by the heat during the daytime and can only re-form until they appear on the dark side of the planet; KELT 9-B is tidally locked to its star, so the hot side always faces its sun.

It’s amazing to me that we can figure this stuff out since we can’t just look it up on the internet. All the data on KELT 9-B has come from two robotic telescopes in the Kilodegree Extremely Little Telescope project, one telescope in South Africa and the other in southern Arizona.  And of course, it makes me wonder how a planet like KELT 9-B comes into existence.  And can it survive its own heat?

How do you cool down when you’re angry?

I saw an article about the taboos of tattoos on bbc.com yesterday. We all know that tattoos are much more prevalent  – almost a fashion statement these days – among the younger generations, but there is still a lingering social taboo against them.  Apparently it is legal in the US (and the UK) for companies to have a “no tattoo” policy.  Never occurred to me that a company would even have such a policy, much less that it would be legal!

YA has a few piercings and two tattoos. I’m not crazy about her tattoos (some style choices, some money issues) and just a few days ago we had a discussion about still being careful about tattoos and piercings until you know the acceptance level of a possible employer.

For quite a few years, I’ve fantasized about getting tattooed myself. Small, on my wrist (toward the inside), multi-colored hibiscus flower with YA’s name, in her handwriting.  She knows about this plan and every now and then tries to encourage me.  My guess is it will probably never happen, but you never know.  I know it won’t be a problem here at my company but I might have to wait until Nonny is gone!

Knowing you could get rid of it tomorrow if you don’t like it, tell me about the tattoo you would get.

As I was walking out of the co-op the other day, I looked down to see a large splotch of rice in the parking lot. The kind of splotch that can only be achieved by having your bag of rice break open while you’re carrying it to the car (you can guess why I know this).  My first thought was that the local birds would be happy but then I remembered that supposedly uncooked rice is bad for birds, which is why they throw birdseed now at weddings.

Then when I got home, I discovered that YA had received TWO “save-the-date” cards.

Wedding reminder #3 was when I was watching Cake Boss that night and one of the bakers (sorry I don’t watch this enough to know any of their names) was celebrating a milestone anniversary with a big party and a wedding cake. When the couple began to cut the cake and feed each other, I cringed, hoping they wouldn’t smash the cake into each other’s faces.  I detest that.

So all these wedding reminders in one day made me think about weddings how the traditions have changed over the years. My first wedding, which was completely orchestrated by my mother, was fairly traditional.  Church, gown, reception, cake (unsmashed), lots of people I didn’t know.  My second wedding was the exact opposite, we met the judge at  Good Earth restaurant and were married at the table with our server, Philip and the server from the next section, Sarah, as our witnesses.  Honeymoon at Day tons that afternoon.  I am much more fond of my Good Earth wedding memories than my traditional ones so it makes me wonder why so many brides and bridegrooms adhere so stickily to all the “musts” when getting married.  Why not do something different, stretch their boundaries, find things that are meaningful instead of just traditional. Those of you with psychology degrees, any ideas?

If you were planning your wedding today, how would you like it to go? (Like all good fantasies, money is no object.) 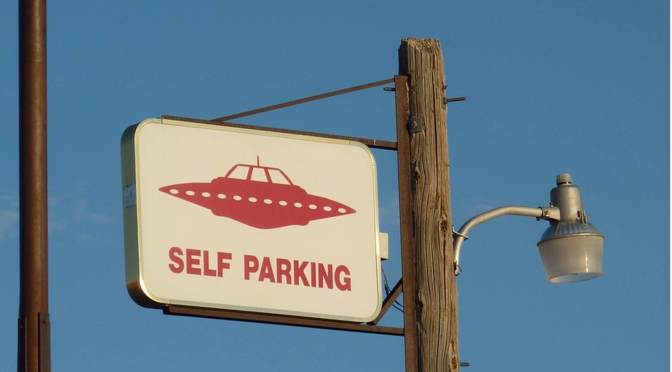 Fun news this week. Astronaut Helen Sharman, one of the first seven Britons to travel to space, has come out as pro-alien lifeform.

“There are so many billions of stars out there in the universe that there must be all sorts of different forms of life.  Will they be like you and me, made up of carbon and nitrogen? Maybe not.”

Shades of Carl Sagan’s Contact.  And as if that isn’t spectacular enough, she went on to say”

This of course brings to mind the scene from Men in Black in which Will Smith says he was sure his third grade teacher was an alien:

Anybody you are sure is an alien? 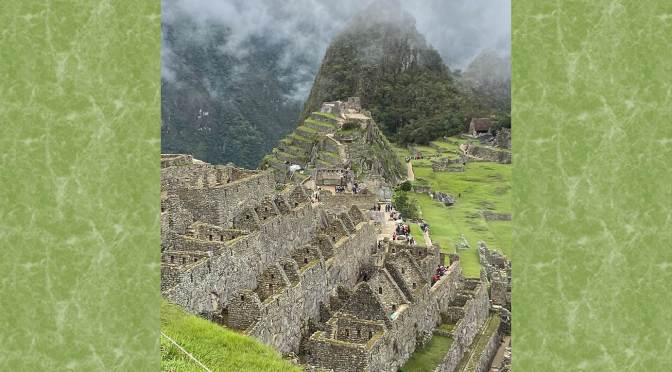 Before my trip to Peru, I was well aware that this would be a trip of a lifetime. Even if I hadn’t already thought this, everyone I knew was sure to tell me.  As you all know, one of my life goals is to not have expectations set too high.  So this felt dangerous to me, to hear so many folks talk about bucket lists and dreams come true.

As a way to try to tamp down my expectations, I did not do ANY research on Peru or Machu Picchu prior to the trip. From our hotel in Cusco, we took a minibus to Ollanta Station (1.5 hours) and then took the Vistadome train to Machu Picchu City (another 1.5 hours).  Then there was the tourist coach up the side of the mountain (hint: if you are afraid of heights, always try to avoid the window seats on a trip like this).  On this last leg of the trip to the site, I reflected that I really didn’t know anything at all about Machu Picchu, with the exception of the altitude – 8,000 feet.

Turns out that there isn’t a massive amount to know. The pre-Andeans had abandoned the site centuries before it was re-discovered by Hiram Bingham in 1911 and they left no written record.  In fact “Machu Picchu” is just the name given to the site in the local dialect and means “old mountain”.  Archaeologists and scientist are pretty sure what many of the buildings were for: homes, palace for the Inca when he visited, security look-out and even a temple (although they only believe this because on the winter solstice the sun shines directly through the main window of the building) but other than that, they don’t know much about how life was lived here.

As I stood gazing out over the stone buildings I was struck with a strong desire to go back in time for just a couple of days to see what life was like when Machu Picchu was populated. How did they live, what did they eat, what were their favorite past times?  Of course it would be nice to know why they abandoned the settlement, but if I only have two days, I don’t think I want it to be the last two days!

Two days to visit a time in the past. Just two.  When and where do you choose?  (And an absolute guarantee you can get back home after the two days!)