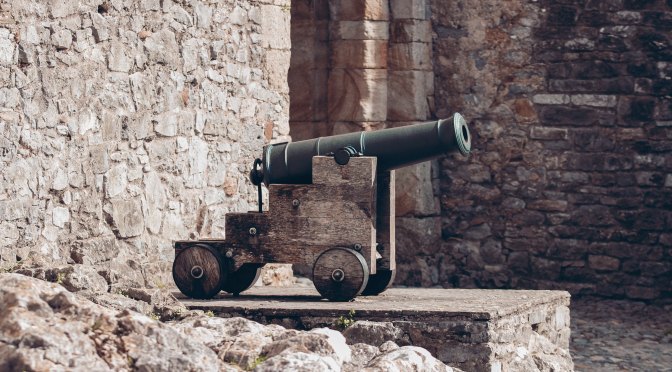 We live in a very quiet neighborhood. When our windows are open, sounds and smells often waft out to the curb.

Our son liked to guess what we were cooking when he pulled into the driveway, just by sniffing.  We cook food that would be considered  pretty exotic by most people in town. We often hope that homesick Pakastanis and East Indians will follow their noses to our house so we can give them a good meal that  tastes like the old country.  Tonight we are cooking Stifado, a garlicky Greek beef stew, and Turlu, a Turkish version of ratatouille. (We had leftover Eye of Round, and we were hungry for spicy vegetables). I can smell both in the driveway.

When husband isn’t home, I like to crank up the classical music. He loves classical music, but at a reasonable decibel level. On Thursday night I had a strange compulsion to hear the 1812 Overture. Really loud. Especially the cannons. Maybe it was because it was Midsummer’s Eve.  When it came to the first cannon shots at 12:43 into the recording, I stopped it and replayed it multiple times. Then there are the cannons at the end, about two minutes later.  I played and replayed that part. Both cats were hiding under the dining room table. I then saw two people walking their dog past our house. Oh, my, what must they have thought about us?!

What could people surmise about you by walking past your home? What smells and sounds waft into your neighborhood from your home?

38 thoughts on “What Will The Neighbors Think?”