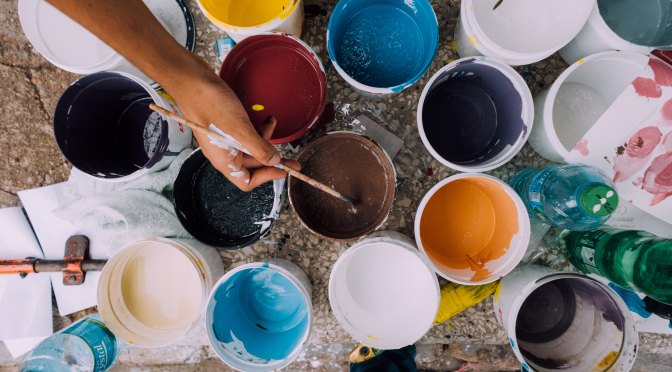 ND Highway 22 runs through our town north and south. In the middle of town there is a very old, ugly, railroad bridge which allows trains to travel above the highway so emergency vehicles can go under the bridge from the south side of town to the north side of town when there is a train.  It is a very low underpass that invariably floods and is impassable during rain storms.

One of our friends who is a community organizer sort of person got funding for a mural to be painted on the railroad bridge. It took all sorts of Federal and State hoops to be jumped through to get the approval, and this week the mural painter arrived from California.  He has done several murals in our town and our State.  The local paper described the project thus:

The mural artist is enlisting local students and adults to assist with the painting. I think it is a wonderful project.  How often do we get to legally spray paint on bridges?!! I just hope the Czechs and Germans from Russian don’t feel slighted that he chose Ukrainians instead of them.

26 thoughts on “Pick Your Mural”