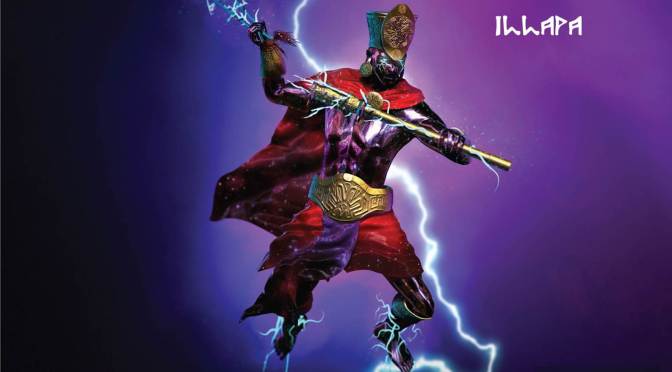 As part of my site inspection in Peru, we spent two nights in Cusco, which is also known as the “Gateway to Machu Picchu”. Cusco is in the mountainous part of Peru and is 11,152 feet in elevation (this is actually HIGHER than Machu Picchu).  While there are certainly spots on the globe higher than this (Kilimanjaro, Mount Everest), Cusco routinely makes the list as one of the highest altitude cities on the planet.  Many of the hotels in Cusco pump extra oxygen into the rooms and almost every establishment of any kind (shops, restaurants, hotels) have access to oxygen tanks, just in case.  If you search the internet, you’ll find a massive amount of information about altitude sickness, what causes it, what you can do about it. 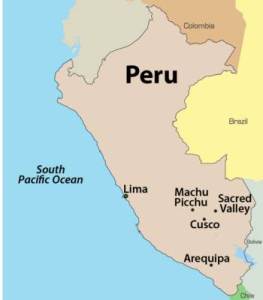 But nowhere are you warned about the thunderstorms. In the mountains and tropical areas of Peru, it’s rainy season right now.  That means a lot of gray days and in Cusco, thunderstorms – three to four a week for a few months.  We experienced a thunderstorm the first afternoon we were there and let me tell you, when you are 11,000 feet up, the thunder and the lightning is MUCH closer to you than down in  the lower climes.  It’s hard to describe the visceral feeling that goes through you when the lightning seems just on the other side of the street from you and the thunder crackles and booms loud enough that you cover your ears.  We were touring a couple of convents during the storm, both with large courtyards and covered walkways; we weren’t actually standing out in the rain (which was intense as well) but close enough that the storm felt startlingly  close by.

The next day, I got to spend a couple of hours with the tour guide all to myself (a serious perk in my estimation) and he told me that in the Andes, the god of thunder is the most popular weather god as he is associated with the health of agriculture and crops. He is not known as Thor there, but as Illapa (pronounced E-yapa) and he even has his own holiday – July 25.  Apparently he is the keeper of the Milky Way which he keeps in a jug and pours out to make the rain.  Did I mention that on a clear night in Cusco, the Milky Way is very bright and visible?

So I came home from my trip with a robust appreciation of the god of thunder and lightning. When thunderstorms season rolls around next year, I’ll have to try to enjoy it more.

Any gods or goddesses that “speak” to you?