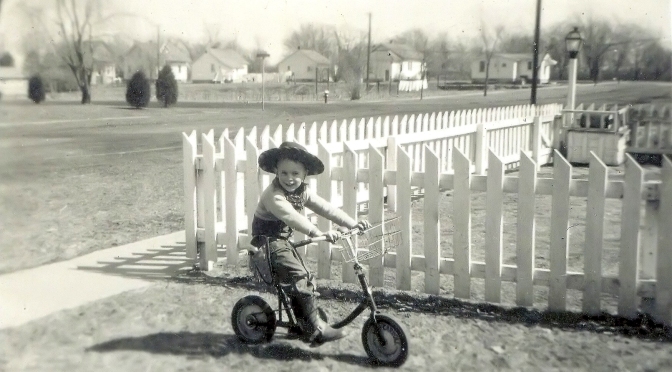 My sister and I were blessed with two Christmases each year. Our mother was fanatical about the one that happened in December, so our Christmas celebrations were always over the top. Our other Christmas was a day in March when our father returned from the New York Toy Fair. Each years he took a train to New York while lugging huge boxes of samples of stuffed toys his company recently developed. On the last day of the fair, all the company reps dashed around swapping their samples for the samples of other toy makers. Daddy would come home lugging three storage cases filled with whatever he had been able to grab at the fair’s end. So wild was that last day exchange that even he didn’t know what he had been able to bag.

We were lucky in other ways. Kids growing up in the 30s and 40s didn’t get many toys because of the Depression and the War. Then the nation was rocked by the great Baby Boom. It suddenly became profitable to sell toys in America. Suddenly homes had television sets, a new way to market toys to all those kids. Boys in the 50s were likely to play with cap guns and cowboy garb, while girls were expected to play with dolls. And then there were all the new toys that might appeal to boys or girls: Etch-A-Sketch, Slinky, kaleidoscopes, board games, View Master, card games, Mr. Potato Head, the nose flute and so many more.

Then, as now, toys frequently broke or went missing, so I have no memories of many. And yet I have a persistent emotional attachment to a few childhood toys. I dearly loved an old teddy bear. Although many cap guns came and went, some breaking almost the first time I used them, I owned one that made me supremely proud. I’ll talk about it a bit later. My luck with some toys went the other way. Getting an Erector set proved to me that I lacked the discipline required to create the impressive structures some boys assembled. A science kit pretty much showed me I was not meant to be a scientist.

How about you? What toys did you treasure when younger? Which of them claimed a permanent place in  your heart?