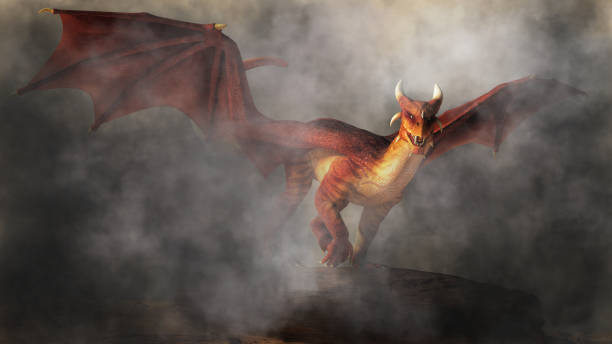 A friend and I used to discuss troublesome issues in our lives. We called them our “dragons.” Dragons are problems can only be dispatched with exceptional effort and resolve.

Few problems qualify as dragons, which is good. Most of us handle routine problems with routine efficiency.  Alas, some problems are a lot nastier or complicated than others.  Some of us have anxieties that prevent us from addressing certain issues forthrightly. Sometimes problems become entangled with side issues. Throw some procrastination into the mix, and what could have been a baby problem might grow up and begin belching enough fire to qualify as a dragon.

Examples? You don’t gain street cred as a dragon killer for beating a head cold, but beating cancer will earn you respect with anyone. Overcoming any addiction would surely count. The friend referenced in my opening paragraph slew a dangerous dragon when she escaped a marriage that was destroying her soul. From what I’ve read, the nastiest dragon Barack Obama faced down in his two terms as president might have been nicotine.

My most recent dragon should have been no big deal. Last September my computer emitted an electronic scream, seized and died. I had expected that. Computers typically remain healthy and functional for five to ten years. My fifteen-year-old computer was clearly living on borrowed time. I had prepared by backing my data files, although I could not back my applications.

I bought a replacement computer loaded with Microsoft’s Office, a choice forced on me because that is the only way I could get Word, the word processing app I’ve used for thirty-four years. Office costs $70. That is probably reasonable, although it irked me to pay for a suite of ten programs just to get the one program I use. But Microsoft enjoys something like a total monopoly on basic Windows business software.

Microsoft inserts a feature in the Office software that causes it to shut down unless users can prove that they have paid for it. To validate my purchase, I peeled back a piece of tape that covered the confirmation code. The tape ripped the cardboard beneath it, destroying the middle six numbers of a code of about twenty numbers. As it was designed to do, my software soon froze rock solid. I could not create new documents nor could I edit the many files already on my hard drive. Every time I turned on my computer, a niggling message from Microsoft reminded me I had not validated the purchase. As if I could forget!

Worse, there was no way I could contact Microsoft. The company recently eliminated its customer service office. Microsoft now directs customers with problems to some internet data banks that supposedly answer all questions. Of course, the data banks say nothing about what to do when the company’s own security tape destroys a validation number. I learned there are many businesses claiming they can help customers struggling with Microsoft apps. Those businesses didn’t want to talk to me until I shared my contact information or subscribed to their services. Then I’d learn again that my particular problem could not be resolved by anyone outside Microsoft. And nobody inside Microsoft would speak to me.

Over a span of seven months I spent many wretched hours dialing numbers and writing email pleas for help. The shop that sold the computer to me clucked sympathetically but told me to take my complaints to Microsoft. Members of a group called “the Microsoft community” kept telling me it would be easy to fix this issue, but none of them could provide a phone number that worked. While I could have purchased the software again for another $70, the rank injustice of that was more than I could bear.

I finally learned about a set of business applications called LibreOffice, the top-rated free alternative to Office. It is open source software, free to everyone. But people who put their faith in free software often get burned, for “free” often just means that the true price is hidden. I worried that this software would not allow me to edit all the documents I’ve created over thirty-four years of writing with Word. And—silly, silly me—I kept hoping I could find one friendly person in Microsoft who would thaw my frozen software. So I dithered for weeks.

Last week I took a deep breath and downloaded LibreOffice. It loaded like a dream. LibreOffice’s word processor, “Writer,” is friendly and intuitive. Ironically, I like it quite a bit better than Word. With it I can edit all my old Word documents, and I used the new software to write this post.

That particular dragon is dead, kaput and forever out of my life. Other dragons await my attention, malodorous tendrils of smoke curling up out their nostrils. I did not triumph over Microsoft, as that smug firm never even knew it had a conflict with me. Still, I celebrate the way this all ended. When we slay a dragon, the most significant accomplishment might be that we, however briefly, have triumphed over our personal limitations.

Any dragons in your past that you wouldn’t mind mentioning?

32 thoughts on “I Just Slew a Dragon”