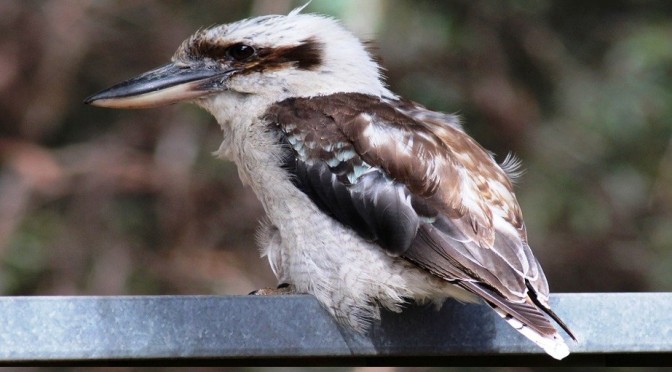 Despite still living at home, YA is pretty independent.  One of the characteristics of this independence is that I sometimes find out about things after the fact.  When she changed her employment five years ago, from one gym to another, she told me about it the day after she accepted the new job.  Two years ago I found out she was thinking about an MBA program after she had already applied and been accepted.  I’ve never really challenged her on this; I assume she sometimes doesn’t want to be swayed by any strong opinions that her mother might have.

As the end of her MBA program loomed, I knew she was applying for various internships and jobs and occasionally I would hear about it.  When she was approached by a recruiter and did a few interviews, it came up for discussion.  When she applied to the FBI, we talked briefly about how long she would have to go to Quantico for training (I don’t think either of us thought this would pan out).   The first I heard about the last job application was when she informed me she had an interview.  At my company.  I do see all the job postings for my company but most of them have long lists of requirements that she doesn’t fit, so I hadn’t been actively looking at all of them.  When she got a second interview, I was a little surprised because I know how competitive it is out there and she hadn’t even officially finished her graduate degree.  When the third interview went over an hour, I had a good feeling and I was correct; they called and offered her the job the next morning.

In the Travel division (in which I work), we call all the other divisions “the other side of the house”.  I don’t know if those other divisions call Travel “the other side” but I expect I’m about to find out.  And it’s a little weird that in two weeks she’ll be working more hours than I will (since I’m still only at half time).  I’ve noticed in the last few days she’s been slightly more interested in what I’m doing for work although it’s not a “I’m going to have to do that” kind of interest.  Just a “oh, she’s doing work for my company” kind of interest.  At least that what it seems like.  We’ve talked a little about going this weekend to check out the building she’ll be working in and a little bit about timecards.  We discussed carpooling, although I won’t be going into my building until the summer is over so it won’t be an issue until then.

I’m very proud of her but it’s impossible to know if I’m just a bit extra proud because she’s joining me at a company where I’ve been very happy for 30+ years.

What was your first job?