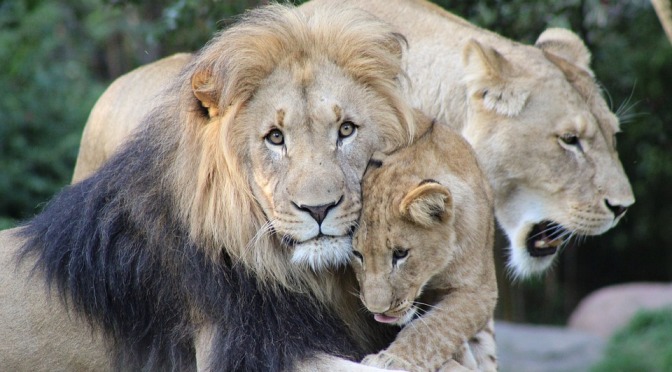 I knew a young woman who was an indifferent student through high school, the kind of girl who gets lectured endlessly by school counselors who knew she could do better. Her early employment history after college was more of the same. She did what people told her to do, but not much more.

At some point she began working in the office of a company that tried to match temporary workers with jobs offered by companies who didn’t want the trouble of finding, compensating and training temp workers. Like so many companies, it was badly run. Upper management was clumsy, rewarding the wrong workers and failing to produce sound policies. And yet, like many badly run companies, this one did well enough to keep making a modest profit and thus could continue functioning as a business.

Then something strange happened. As that business grew, it assigned two young women, including my friend, to head up a new branch office. While neither of them had distinguished herself in earlier assignments, this was different. Both women had been paying attention to the shortcomings of their business and had thoughts about how they might do better. The two women threw themselves into an effort to run their office in an exemplary way. They did not expect their model to lift up the whole business, and in fact it did not. They didn’t expect their excellence to be identified and rewarded, and in fact it was not. And yet they experienced the rare joy of managing the only effective office in an organization that continued to limp along with shoddy practices.

Good things happen when people take pride in their work. We all have known workers who slacked off whenever possible, but we have also encountered workers who set a high personal standard for excellence. A persistent mystery in business management is exactly how some workers demand a high level of work from themselves. Studies show that the level of compensation is not the critical factor. What seems more important is pride, pride of workmanship.

When I edited a small magazine I worked with writers and photographers who were badly compensated. My magazine paid so little for articles that we couldn’t demand outstanding work from contributors. Some contributors, acknowledging that we paid poorly, sold us articles that were slick and poorly written. And yet some contributors gave us good articles in spite of our amateurish payment programs.

My own work became an example. I realized that I was the untrained editor of a very badly run publication. All of us on the magazine’s staff were ignorant about making magazines. Most of us tried to do our jobs well, but the business was a sort of clown show because had never been trained and now were badly led.

And yet I came to understand that, with all its obvious faults, this was my magazine. Whether it was wretched or entertaining, I was the single person ultimately responsible for the quality of each issue. I began rewriting bad articles, trying to turn sow’s ears into silk purses. Our readers never guessed how hard I had worked to salvage shoddy original copy. It didn’t matter to me whose name was on a story. What mattered was that each article should be as funny, interesting or educational as possible.  We continued to print pictures upside down, print captions riddled with misspellings and make all sorts of factual errors. But more and more, almost in spite of ourselves, we began putting out a magazine that people really liked. Our readers were on our side, hoping desperately that a magazine like ours would triumph over the amateurism, disorganization and lack of resources that continued to plague us.

Later, when I became a freelance writer/photographer, I discovered how easy it was to write articles that were marginally better than average for that field of journalism. That is, I could knock off a slick article in two hours that looked pretty good, even if it was pretentious and lacking merit. That could have encouraged me to be lazy, and yet the opposite happened. I came to value the fact it was my name on an article. I took that to be a promise that I would do the very best work I was capable of, in spite of how meager my reward might be. The longer I worked as a freelancer, the higher my standards became. It became increasingly important to put out articles I was proud of.

How did you acquire the standards you hold yourself to in your work? Have they evolved over time? Did anyone serve as a model for you of doing the job well? What gives you pride in your work?

97 thoughts on “Pride of Workmanship”