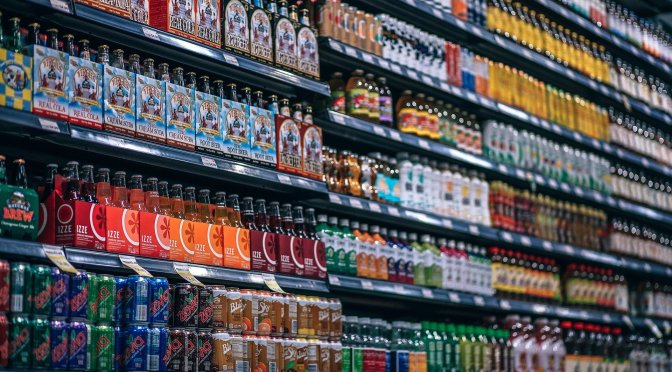 On an average day I drink one can of pop.  Every now and then two.  But caffeine makes me crazy and my stomach doesn’t like most of the white pops and, of course, I’m so used to the taste of diet pop that I don’t want the sugared ones.  That cuts down the field of possibilities quite a bit.

Unfortunately a pop that I really like is Cherry Diet Pepsi. A couple of years ago, I tried to wean myself off because of the caffeine and it was really hard.  Caffeine Free Diet Pepsi is OK but without that cherry, I just wasn’t won over.  Then I realized I could make my own CCFDP with just a little splash of grenadine.  Little bottle of grenadine in the cabinet, pop in boxes under the microwave and I’m set.

Then pandemic hit and those dreaded words “supply chain issues”.  Within a year, I was having to hunt around for my beloved CFDP.  Then I couldn’t find it at all, unless I wanted to pay five times the usual price online. No thanks.  I even emailed PepsiCo to get their take and, as I should have expected, they gave me a non-answer and a link that didn’t work.  SIGH.  I saw stories online about aluminum shortages and figured that CFDP was probably at the bottom of the pop totem pole when it came to handing out the aluminum.

I kept one box of CFDP in the back corner (for emergencies?) and then I resorted to Caffeine Free Diet Coke.  It’s OK, but not quite what I like best.  For awhile every time I was in a grocery store (not as often as you would think, thanks to drive up delivery), I would wander down the pop aisle… nothing.  So imagine my surprise last week when I was actually in the Cub near my house and VOILA…. a little stock of CFDP.   I bought 4!  I don’t know if this will be the end of my pop woes, but this will keep me going for at least a month!

Tell me about a product that you miss.

24 thoughts on “Just a Splash”