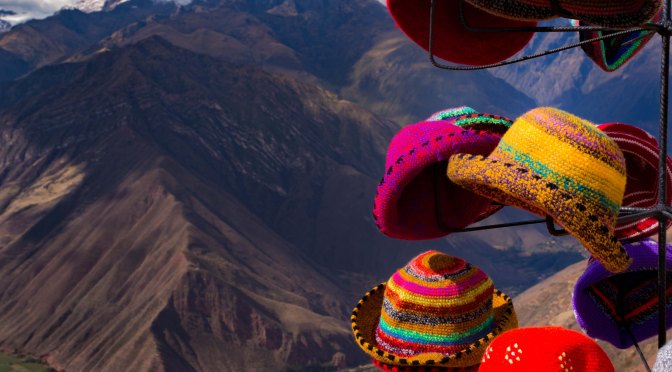 It was always interesting to people watch in Winnipeg in early Spring, since people dressed so oddly.   We would see folks strolling in downtown Winnipeg wearing winter parkas, toques,  and shorts. It wasn’t quite winter, nor yet spring,  so they dressed for any eventuality.

I had the same experience the other day at work. I rode the elevator to the first floor to pick up a client from the waiting room.  I saw one man wearing a parka and a knitted, gaily colored Scandinavian stocking hat with ties and ear flaps. Next to him was a fellow with a top hat festooned with a feather. Standing by the receptionist desk was someone wearing a yarmulke.  I guess it was the day for special hats. We seldom have  such a variety of head gear. Caps and cowboy hats are the norm.

My wardrobe consists mainly of corduroy pants and sweaters.  I don’t wear hats since I think I look weird in them. I think it has something to do with the shape of my head.  I don’t like to draw attention to myself with my clothes. I wish I was brave enough to  wear a top hat to work, or maybe one of those Dutch lace caps with wings. I suppose, though, that people would say I dress “funny”.

Were you ever a flamboyant dresser? What do you wear that draws attention?  Did your mother used to dress you funny?