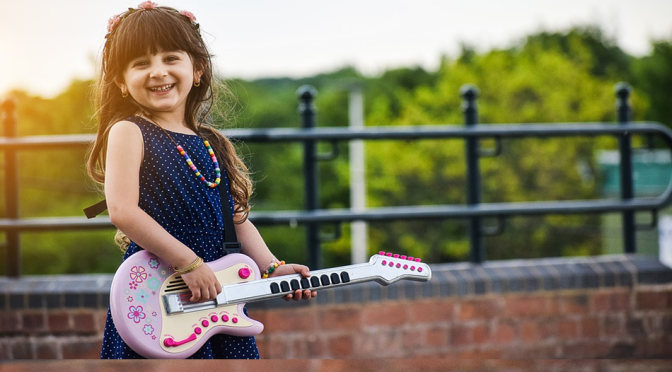 My company does a fun summer program that includes concerts out on the big lawn between two of our buildings. On Thursday it was Chris Kroeze.  As I was tapping my toe I noticed a toddler towards the front of the crowd, not more than four.  His folks and younger sibling were sitting on the grass behind him but there was no sitting for him.  He had a small electric guitar (probably not real) and he was wailing on it.  Non-stop.  And he had moves; he looked like he would have been right at home up on the stage.  I stayed out on the lawn for about 30 minutes and this kid was playing his heart out the entire time.   I thought about going over and introducing myself and asking his name, because I’m sure in 15-20 years, he’s going to be famous and I would be able to say I knew him when.

Have you ever met a famous person? Was it what you expected?

63 thoughts on “My Little Rock Star”