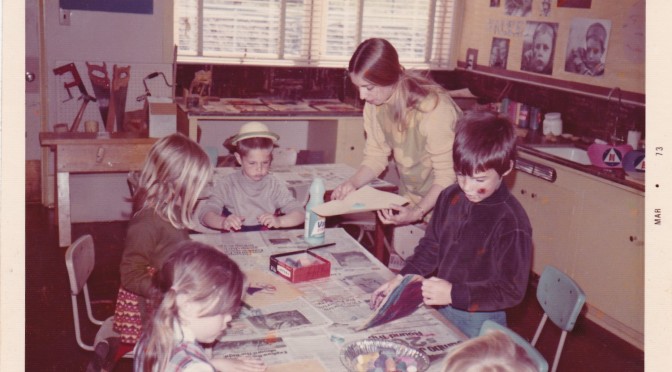 The other day I came upon one of the most charming news clip ever:  someone from MPR had interviewed Kindergarten Alumni (aka, First Graders) about how to survive the first day of kindergarten. It is part of a story by Elizabeth Shockman, “Five Tips for Kindergarteners’ FIRST Day of School”, with content actually aimed for their parents.

In a video by Derek Montgomery,

“We asked first graders from Duluth, MN, what advice they had for this year’s kindergarten class.”

These were the topics the kids were asked about:

Friends:  how do you make them?

I will personally never forget my first day of kindergarten – as a teacher, that is. Boy, was I nervous! It all went fine, apparently – once I was able to pry them out of their parents’ arms. I eventually managed to get all forty of them to sit down in their seats – at seven little tables with forty-odd little chairs. They would have received their personalized box of crayons, and tried them out on some paper handout I would’ve prepared. Some of them would have been able to write their names – wish I knew what percentage. (This was 1970, so most of them would not have been to a pre-school or day care.) I would have directed one table at a time to take the crayons, when finished, to their “cubbies” – their special place to keep their things. I would have tried herding them to the carpet area for a story, sung some songs, and had recess outside in our own private little courtyard. I wish I could remember more.

Do you have any memories about your first day of kindergarten? (You can use the questions above to jog your memory…)

How about memories of a first day of any new school year?

66 thoughts on “First Day of School”