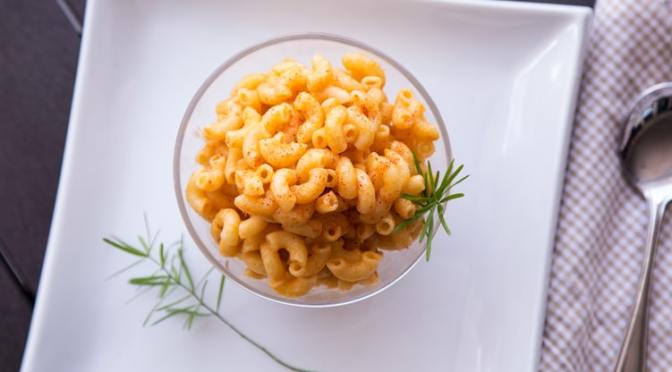 Well, the heat is finally back on. I’m not going to bore you all with the details but suffice it to say that six days without heat really brought out my need for comfort food.

On Thursday, YA made macaroni and cheese. Nothing fancy – just out of a box, but I had a few bites right out of the pan and it really hit the spot.  So on Friday, as I was waiting for what turned out to be the first of a series of boiler/chimney bad news, I decided to make a big batch of mac and cheese for the weekend.  I used my Instant Pot and instead of water, I used a box of vegetable broth that I had in the cabinet.  Then instead of cheddar, I used some pepper jack, a little mozzarella and a handful of shredded parmesan.  I wasn’t following a recipe – just punting.  It was really really good.  So I had mac and cheese for dinner.  Then for lunch on Saturday.  And Sunday.

So you’d think that by Monday I might be sick of mac and cheese? I would have thought so too.  But when the caterers showed up at my warehouse event to set up the mac & cheese bar, I wanted to just dive right into the big chaffing dish.  The mac & cheese bar had been my idea, but I hadn’t known how much I would personally want it myself.  There were lots of toppings on the bar (bacon, scallions, toasted breadcrumbs, etc.) but when the participants headed back to their hotel, I had a bowl without anything but the pasta and cheese.  If I’m counting correctly, that’s mac and cheese five days in a row!  And I still have some of the pepper jack dish in the fridge, so it might be six days in a row.  If YA doesn’t have any tomorrow, maybe I can make it seven days!