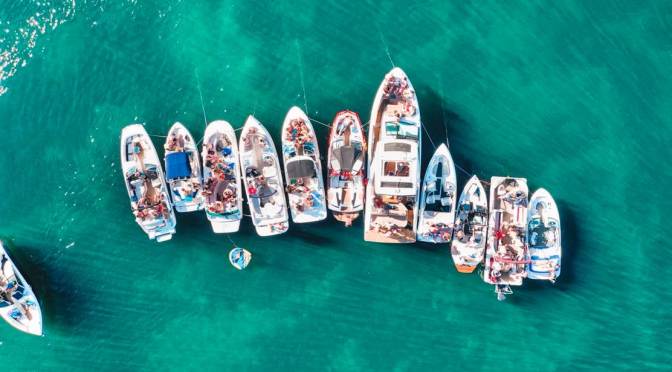 In the news this week, the Spanish Balearic Islands have decided to re-brand themselves. Apparently the islands (which include Majorca and Menorca) have a hard-hitting party buzz and it’s becoming a problem.

Starting this week there are several new laws being enacted to try to get the problem under control: no more party boats with the drinking the only agenda, happy hour specials are prohibited and once the clock strikes 9:30 p.m. no more alcohol can be sold until 8 a.m. the next morning. In addition pub crawls will now be against the law, as well as “balconing” (which I had never heard of) – the dangerous craze of jumping off balconies into swimming pools.

The new laws will be in place for at least five years in attempt to encourage “respectful tourism”.

Any bad behavior you’d like to blame on too much imbibing?

53 thoughts on “No More Booze Cruise”