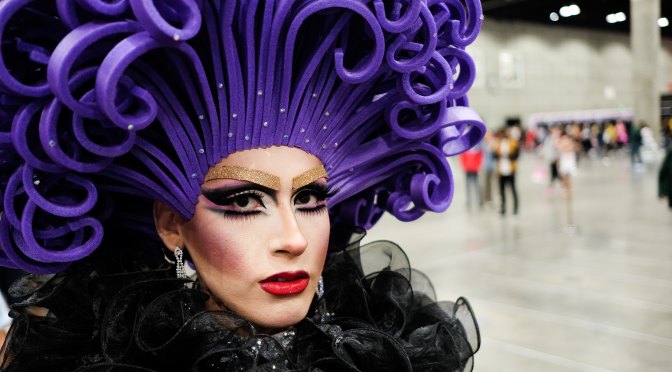 Last Saturday we met a delightful young woman who was visiting the West Coast for the first time. She was a barrister from London, England, someone who argues cases in British courts, either for the prosecution or the defense.

We were  dining at a lovely restaurant and herb farm in Woodinville, WA. The arrangements were such that we were seated with total strangers and were expected to converse with each other for the duration of our 4 hour, 9 course meal. We had a very congenial bunch at our table, and the conversation turned particularly lively when I asked the barrister if she wore a wig to court. “Oh, yes indeed!” she replied, and went on to describe the process of finding just the right wig for her work.

There are apparently several places in London where one can purchase court dress and wigs, all ancient and venerable establishments. The wigs are made from horse hair. She said the first question she was asked was whether she wanted a wig made from the mane or the tail. I gather the mane hair would be finer and more expensive. I don’t know which she chose. Next, they  measured the circumference of her head, and then took her into a rather dark cellar full of cardboard boxes where they found the boxes with wigs in her size. 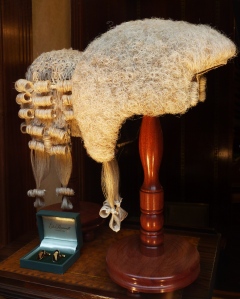 The next procedure sounds quite similar to purchasing a magic wand in the Harry Potter books.  Clothed in her court robes, complete with her white collar and tie, she tried on one wig at a time. I don’t know how concerned she was with the particular look or style.  It seemed that the distinguishing characteristic of the right wig was that it had to be one that did not slip or fall off when she bowed as low as she could bow. She said she got quite dizzy bowing repeatedly. She assured us that there were sparks and lightning flashes when she found just the right wig. She said hers was a short advocate’s wig with a  slight widows peak.

What are  the distinguishing characteristics of your work clothes?  What costumes would you like to wear to work?

37 thoughts on “Please Flip Your Wig”