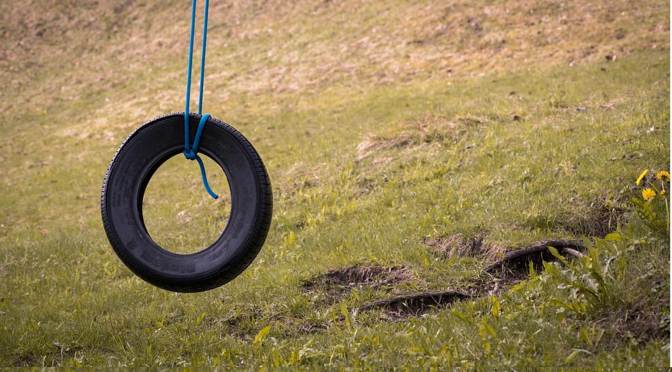 The last time I took Brekke (my car) into the dealership for an oil change, the attendant came to me saying that I needed new tires. He mentioned that there was a sale on tires but that the coupon would run out in two days.  When I asked if the coupon could be extended (since I didn’t have time that night), he said yes it could and said I should call him the next day to set up the appointment.  After I got home I did some research of my own on average tire wear and tear.  Then the next day I did the penny test.  Abraham Lincoln showed me the tires were just fine.  I never called the dealership back.

So when the “change oil” indicator lit up on Tuesday, I was interested to see what would happen. When I took Brekke in, would they see a note from January about tires and remind me?  Would they use the tire rotation as a reason to suggest again that I needed new tires?

But nothing. They did the oil change and the annual inspection, including the tire rotation.  Not one single word about the tires.  Sigh.  Unfortunately I know that many service folks in big car dealerships get rewarded for upselling products and service.  Now I’m stuck knowing that my service guy in January was just trying to make a sale, thinking that an older single woman would easily be persuaded that she needed new tires, even if she didn’t.

I am used to being overlooked and not taken seriously when technology is concerned in the wide world, despite the fact that I am considered a guru at my job. Young sales people look at my graying hair and my admittedly frumpy weekend clothing and often make the assumption that I don’t have any knowledge or buying power and I get fairly poor service. It pisses me off but it’s never been quite as blatant as this.

So what do I do now? Should I call the dealership and complain?